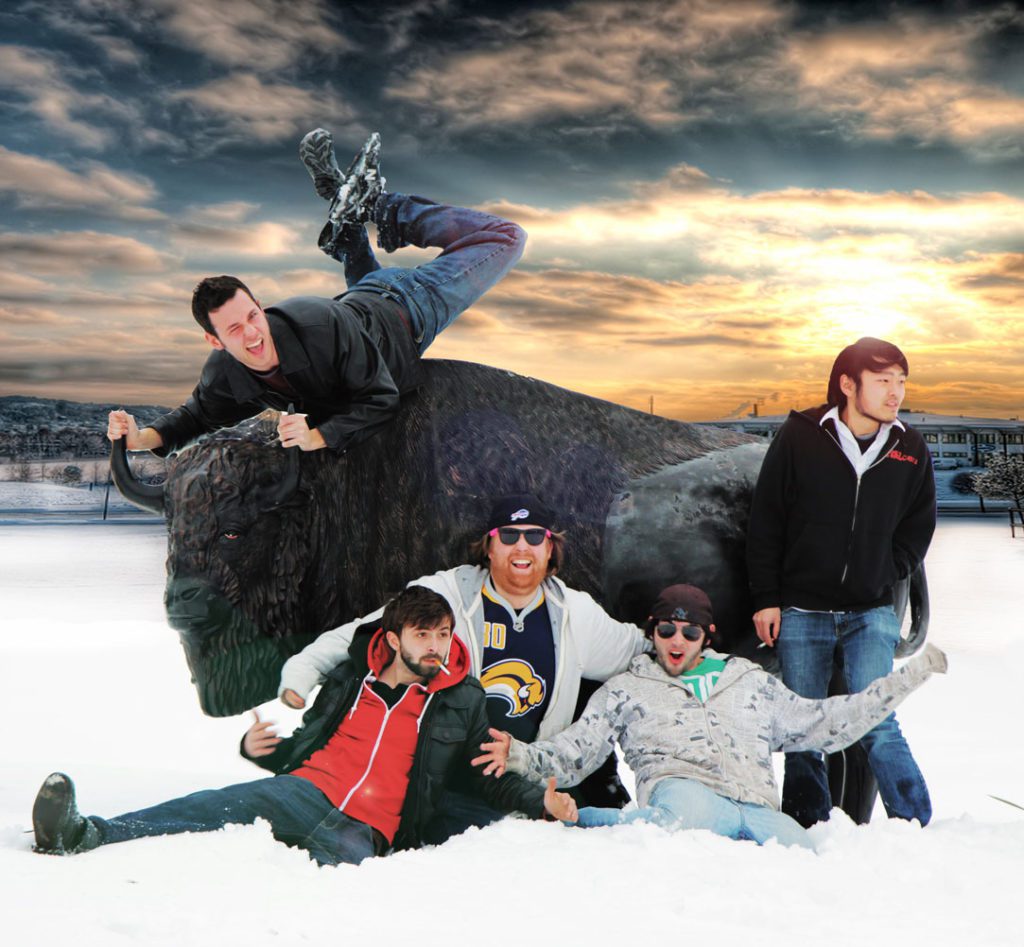 Finally, let’s talk about our longest running act, Do It With Malice.

A five-piece ska-core band from Buffalo, NY that originally formed in 2004.  Known for its rowdy live sets and brutal, metal-influenced themes, Do It With Malice remains an unconventional contributor to the ska-punk scene.

Do It With Malice has amassed myriad influences while expanding its catalog over the lifespan of the band. After recording its humorously sub-par 2005 demo, the band wrote and released its first (and significantly less sub-par) full-length record, “Symphonic Homicide” in 2008. The album was recorded in Lockport, NY at Watchmen Studios with engineer Doug White (Every Time I Die, Gym Class Heroes).  After it’s release DIWM began to take hold in the local ska scene, opening for numerous touring acts as they passed through Buffalo.  The CD was re-released in the UK by independent label Ska Mutiny Records in 2011, through which the album is currently available for free download.

The band again showcased its raucousness with the introduction of its second full-length album, “The Burned-Over District.”.  Again recorded with Doug White, the album incorporates a dynamic melding of metal riffs and third-wave ska, culminating in a record that is—if nothing else—truly anomalous. “The Burned-Over District” was released directly by the band in the US, October of 2010,  as well as overseas on Ska Mutiny Records in 2011.  As they released more music they also played more shows.  Overtime Do It With Malice began playing outside the city of Buffalo on a regular basis, hitting Rochester, NY almost monthly opening for extremely notable ska contributors like The Toasters, and The Suicide Machines.

In May of 2011, DIWM embarked on a Northeast US tour, playing 10 shows in 10 days.  The self-funded tour was a relative success and shortly after the band resumed writing.  The result being two more songs that further developed their unique blend of ska and metal, leaning more heavily on the later.  The new material was released as part of The Big Ska Gamble 7-Inch Series in a joint effort between Grandpa’s Casino Recordings and Insidious Industries.

After scaling back the number of performances dramatically in the following years, the band is currently writing new material and preparing return to the stage very soon.  Look for more news on that here @ insidiousindustries.com