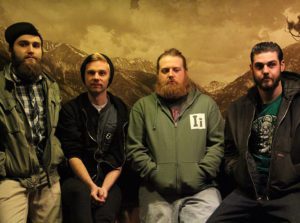 Insidious Industries is an independent record label based out of Buffalo, NY. The concept for our label began around the year 2011, with the official launch coming nearly 6 years later. In late 2012 the label pressed its first release by Buffalo ska-core band Do It With Malice, a 7-inch entitled “The Big Ska Gamble”. The record was co-released by Grandpa’s Casino Recordings as part of “The Big Ska Gamble” 7-Inch series. Insidious added a second piece to their catalog in 2015, releasing “Rising”, the first full-length from Buffalo-based punk quartet, ORENTHAL. The label also was involved in the re-release of legendary 3rd-wave ska act The Toasters’ most celebrated album, “Don’t Let The Bastards Grind You Down”, through the 3rd Wave Ska Preservation Society Reissue Project. In 2017, the re-release of FunkMnkyz debut album “Which Way Is Down”, added a third member to their catalog.

Several more projects are in the works, including a re-release of DIWM’s first CD, “Symphonic Homicide”. Insidious Industries is always looking for bands to round out its roster. Please check our contact page for demo submission guidelines.
Moving forward, our label will be ramping up our talent acquisition and working with bands to help them continue to produce high-quality products for their fan base.  Continue to follow Insidious Industries on social media to get the most up to date information as often as possible.